Can you remember dreaming when you were a kid?

I do. Or can we classify it as fantasizing?

Either way, they were thoughts, imaginations or mental pictures and stories that happened within our minds.  With me, these thoughts were acted out in role playing stories with friends or even imaginary friends..

Many of my imaginations and role-playing were played out alone.  I was a kid that was very well liked by everyone, however, I was could sometimes be an introvert….IS THAT POSSIBLE?

Being an only child for the first 3.5 years of my life, I had learned to entertain myself by playing alone.  Much of this time alone involved lots of fantasy role playing.

The common theme was myself as a secret-agent, like James Bond, saving the world from the bad guys.  I was always this guy that was least suspected of having secret super powers. Super bilities I would unleash at the right moment, saving people from sudden destruction or evil circumstances.

I guess you can say I saw myself as a superhero.

This superhero dream seemed very possible me when I was a kid.  I really thought I could be a superhero.  So many times, I tried to fly by jumping off the back porch.  I also believed it was possible to run in place like the cartoon characters would do when making a fast exit.  You know what I’m talking about?

Well, I grew up in the late 60.s and 70’s watching many of the Looney Tunes (Bugs Bunny, Elmer Fudd, Road Runner etc.).  Many times when a character would make quick exit,  just before actual take-off, the legs would spin in place producing a dust cloud.  Also, if a character ran off a cliff into the air, the legs would spin in the air as they attempted to get back to the ledge.  I thought I could do this and many time tried it unsuccessfully, creating some quite spectacular falls that produced many injuries.  My poor mom never understand….She still doesn’t.

Well, as I grew into my teenage years and adulthood, these dreams gradually faded.  The realities of life began to snuff out the dream.  My dream slowly faded away.  It seemed so ridiculous to imagine or share these thoughts with anyone.  Imagine telling someone as a teenager your dream is to be a superhero.   Do I need to say more?   Laughter and derision.  No one would take it seriously.  At least, that’s what I thought.  So I never shared this with anyone.  Instead it was buried into into a subconscious graveyard with seemingly no hope of resurrection.

As my adult years begin with a family, raising children, being a husband and father, I lost the vision.  If someone asked me what was my dream or what did I want to be, I wasn’t able to answer that question.

How did the dream revive?

The resurrection of the dream began when my life fell apart.   When I was completely broken.   When I fell to my face and asked Jesus(Yeshua) to help me, that’s when the God of the Bible became a reality and began to reveal Himself to me and also reveal myself to me.

Long story short…the superhero was re-born.  Being re-born this time with much more clarity.   Also I knew this was a desire put in me by YHVH, my Elohim (God) through the Yeshua (Jesus) the Mashiach (Messiah).

What I understand now is the superhero dream was not only realistic but doable.  Doable with the right perspective of what power and the source of that power.   It was quite possible to tap into another source of deceptive dark powers enabling me to do some powerful things for evil.  However, the Holy Spirit of YHVH (the LORD) revealed to me that He is the superhero in me, thus making me a superhero as the Holy Spirit dwelled in me. 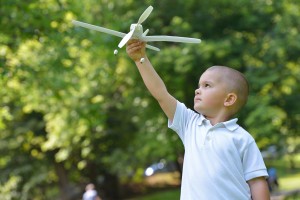 If you feel you’ve lost that kid dream, I encourage you to find it.   This was a brief excerpt of my path to discovery.

If you are one who is fulfilling that kid dream, I’m  happy for you .

May you continue to prosper and find all joy!

I thank you you for reading and hope this has helped in some way.

Be Your Best and Be Blessed,
Allen Williams