Why Do I Do Coffee Enemas?

The following is my personal testimony of answering the question, “Does the Coffee Enema Work? 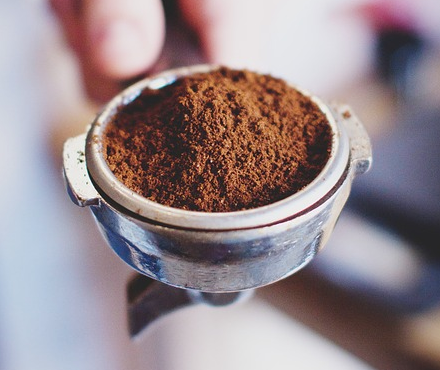 Back then, I had some digestive issues causing me great discomfort:

At that time, my earnest desire was to find an alternative way to heal myself versus seeing my doctor.

I began inquiring to God, asking, “What should I do?  You can tell me.”

“Fast” was the first word I heard.   I continued to pray soon hearing a question, “What are you eating?”

So I immediately researched fasting.  Did some fasts.  Started feeling better.  I started new a diet, eating more fresh organic fruits and veggies.

Having introduced the new diet and fasting,  a healthier me began to emerge.

However, within me I felt more health improvement methods were available, so I continued to research various healing modalities.

How I Discovered Coffee Enemas?

Encountering many seemingly sensible ways to improve my health,  I also found some that , to me, were very strange.  The coffee enema one of them.   Immediate acceptance was not my first reaction.

It happened a bit like this, “Hahahah….coffee enema!  This has to be a joke.  Who’s going to put coffee up their butt?  Not me!….LOL!”

My reseached revealed a common theme among most naturopathic and alternative medicine folks that the body is full of toxins which inhibit the body’s ability  to heal itself.   We have almost no way of avoiding these toxins.

The most effective way to increase the body’s natural ability to heal itself, is the removal or reduction of toxins within the body.

And the coffee enema appeared to be one of the common methods among alternative health practitioners.

In addition, during my research,  I encountered an article about Dr. Gerson.

Dr. Gerson is the pioneer in the resurgence of the use of coffee enemas for detoxification.

One of the most popular methods for healing with coffee enemas is directed by the Gerson Institute.

Also according to researchers, the ancient Egyptians and Romans used similar protocols for detoxifying and healing the body.

After reading hundreds of testimonies and information , I weighed the pros and cons.   I decided,
“I’M GOING TO DO A COFFEE ENEMA.”

I found the S.A. Wilsons website, a top-rated company that specializes in coffee enema supplies.  Next, I ordered my enema coffee and supplies.

In a few days my stuff arrived, so I immediately read the instructions ready to begin my coffee enema journey.   A journey that still goes on to this day.

The coffee was not at all what I expected to see.   It had a lighter color.  They call it their s.a. Wilson’s Gold Roast

It also smelled different from the reqular coffee you drink.

BTW….This is not drinking coffee but unique therapeutic enema coffee.

Yet, you may use regular coffee.  Just make sure it’s caffeinated and organic to lessen the chance of toxins being present.

Once the coffee was brewed and cooled.  I eagerly set-up for the enema.

CLICK HERE FOR HOW TO DO A COFFEE ENEMA

This was a totally new experience for me.  One thing I didn’t expect was the uncomfortable feeling of sticking that tube into my butt.  It just felt wrong…LOL!

So once inside, I did not hold the coffee enema as long as prescribed.  I almost blew coffee all over the bathroom.

For about 5 minutes, I thought I was going to burst my rectum before I jumped to the toilet and let it release.

However, even though it was only 5 minutes, I noticed my insides for the first time had actually completely settled down.

The fasting and new eating habits had already helped to alleviate my issues.  But this new coffee enema thing had completely stopped the annoying gurgling within almost instantly.

Also, I felt renewed energy.   Yet, that could have been the result of directly injecting coffee into colon…LOL!

How Does the Coffee Enema Work?

Through the coffee enema, the caffeine is taken into the lower “S” part of the colon called the Sigmoid colon.

By the time stool enters this part of the colon, all nutrients have been previously absorb yet toxins still remain.

There is a unique circulatory system connecting the liver and sigmoid colon called the enterohepatic circulation.  It sends toxins directly to the liver to be eliminated from the body instead of circulating it throughout your body.

What intrigued me most, were the claims of coffee enemas healing cancer patients and relieving candida overgrowth.   Didn’t want cancer and I desperately desired to banish the candida issue.

And cancer, well it’s cancer.  Anything that claims to treat cancer, catches my attention.

So, Does the Coffee Enema Really Work?

After regularly doing coffee enemas since 2011, these are my observations:

So, based on my personal experience….YES!  The coffee enema works!

Thus far, I’m extremely satisfied with the results of coffee enemas playing their part in detoxifying my body (specifically my liver) and improvement in my overall health.

If you have any questions or comments, please say so below.

Thanks for reading.   Hope it was helpful.

Be Your Best and Be Blessed,
Allen
GoLivePure.com
Facebook