About two-thirds into the protocol, I quit.   A “feeling in my gut” inspired that decision.

One of my previous post, “Can I Drink Hydrogen Peroxide.  Allen the Guinea Pig” documents the details.  Check it out.

Curiously, as I reflected on that incident, a new revelation came to light…
“My persistently nagging sinus infection had been healed during the consumption of the hydrogen peroxide.”  Hmmm?

One of the main reasons I began the hydrogen peroxide drinking was to test whether it would affect that infection.

So, I believe subconsciously I was making the decision to quit because my unrealized objective had been met…CURING THE SINUS INFECTION!

Hmmm?  Maybe nothing,  but this was an intriguing thought to me.

So, I am determined to begin again. 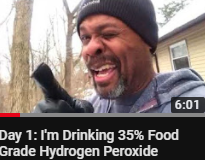 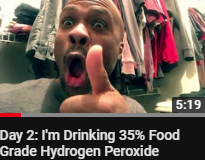 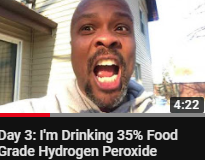 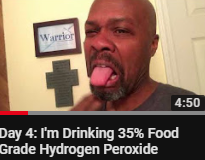 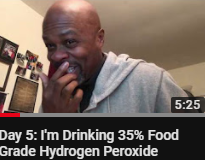 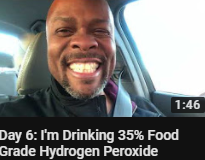 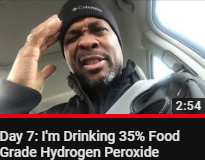 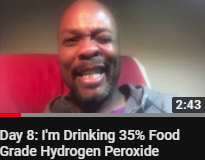 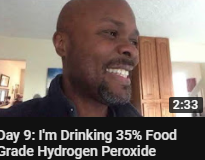 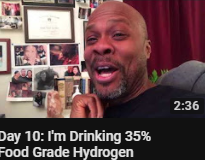 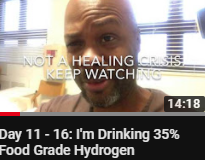 As I Go Forward

Drinking 35% food grade hydrogen peroxide will continue to play a role in my healthy life.

So, please DO NOT  allow my hospital experience (the ingestion of H2o2 was not the cause) to instill fear in your hearts.  That was never my intention.

Documenting my entire journey, the good and the bad, was my only goal.

Just because I had this unfortunate and untimely illness in the midst of my H2o2 protocol,  doesn’t take away from the effectiveness of wisely ingesting food grade hydrogen peroxide.

Most certainly, for as long as it is available, I will continue to use 35% Food Grade Hydrogen Peroxide internally!

Currently, each morning,  I  drink a few drops of 35% Food Grade H2o2 in some distilled water just to get a little cleansing boost.

I haven’t been sick since!

Check out the video below for a clear concise explanation of my 35% Food Grade Hydrogen Peroxide protocol journey.

My purchases of  35% Food Grade Hydrogen Peroxide are from a local nutrition store in my area.

I hope the documenting of my journey has been a blessing to you.

Always Be Your Best and Be Blessed,
Allen Williams
GoLivePure
info@golivepure.com